Responding to the Government’s Review of Electoral Fraud

Posted on August 18, 2015 by The Electoral Commission 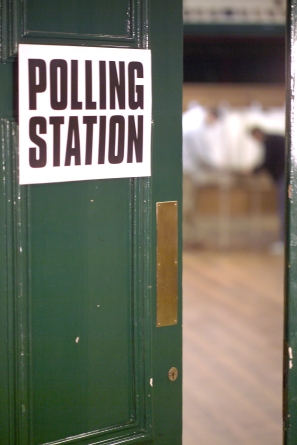 The Electoral Commission has always taken electoral fraud extremely seriously. Although cases of proven electoral fraud are thankfully rare in the UK, any fraud has the potential not only to affect individual voters but also to damage wider public confidence in elections.

In January 2014 we published the final report of our review of Electoral Fraud in the UK. Before publishing the report we conducted a two-stage study of public attitudes to electoral fraud and consulted twice with a wide range of organisations and individuals to inform our final approach. We also subsequently published research into electoral fraud vulnerabilities in British Pakistani and British Bangladeshi communities.

The Commission has very limited statutory powers in this area – although people often contact us to make allegations about electoral fraud, only the police have the responsibility and powers to collect evidence and investigate offences. But through this work, we identified areas of the country which were more likely see allegations of electoral fraud made and made a series of recommendations about how the system could be made more robust. This work also now informs the work we do with the police and electoral administrators in these areas throughout the year to make sure that plans are in place to tackle the risk of fraud.

We also, of course, make sure that similar plans are in place across the rest of the UK, from issuing joint guidance with the College of Policing to developing tools for administrators to use locally to raise awareness of fraud and help them tackle it. Before the General Election last May, we also worked in partnership with Crimestoppers to raise awareness amongst the public about how they could report concerns about fraud anonymously.

So we welcome the UK Government’s announcement that Sir Eric Pickles, the Government’s Anti-Corruption Champion, is to review electoral fraud and make recommendations about what more could be done to tackle it.

We hope that this will build on the significant work we have already done. When we published our review, one of our central recommendations was that voters at polling stations in Great Britain should be required to provide proof of their identity, in line with the position in Northern Ireland since 2003.

We believe that this would tackle a weakness in the current system, which our research shows that voters themselves are concerned about. Following the introduction of the changes we recommended to secure the electoral registration system through the introduction of IER and to strengthen security checks for postal votes, this would be a vital next step towards a more secure and robust electoral process.

But, 18 months on from making this significant recommendation, we have yet to receive an official response from the UK Government. We hope that as part of this new review, the Government will consider our recommendation and make clear whether they will move forward with it to make our electoral system more secure. In the meantime, we continue to look at options for how such a system could best work in practice and will publish our findings before the end of the year.

One important area that is not expressly recognised in the Government’s current plans for this review is the role of political parties and candidates. The evidence from our review showed that in most instances when electoral fraud is attempted, or committed, it is by candidates and their supporters – voters are the victims.

Parties from across the political spectrum have seen electoral fraud cases involving their candidates or supporters: it is not something which is confined to small or local parties. We already work with political parties to help them ensure their candidates and supporters campaign within the law. We publish and regularly update a code of conduct setting out what is, and is not, acceptable behaviour by campaigners, and we work with Returning Officers to remind candidates from all parties (and independents) of their responsibilities.

If this review of electoral fraud is to be comprehensive and effective, it cannot ignore this area. The terms of reference for their review are silent on the role and responsibilities of political parties and candidates in preventing electoral fraud, and we are highlighting this omission to the Government.

If it asks the right questions and looks carefully at the evidence about electoral fraud this review could play a valuable part in making our electoral system even more secure, and we look forward to contributing to this important work.