Posted on December 20, 2018 by The Electoral Commission 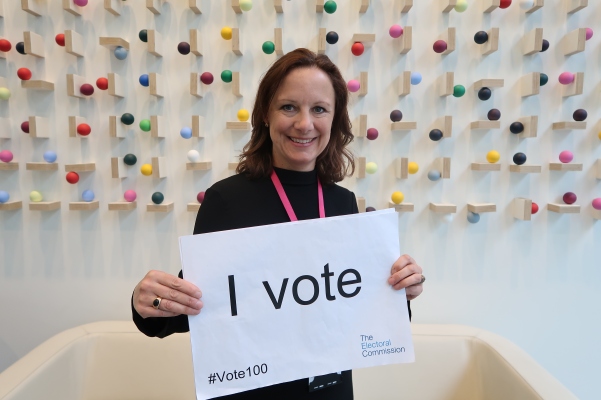 It has been a privilege I have very much enjoyed leading the Electoral Commission over the past three years and playing a part in its evolution into a modern regulator.

As well as delivering an unprecedented number of electoral events it has been important to all of us with an interest in democracy that we don’t lose sight of the bigger picture, and we have continued to work to modernise our system in order to meet voters’ expectations.

In my time as Chief Executive, we have consistently called for the law that underpins elections to be reformed. It’s almost unthinkable that some of the laws that dictate how our elections are run date back to the 19th century. While some small changes have been made, and I very much welcome these, we’d like to see much wider reform. Updating our electoral system so that it’s more in tune with the way people live their lives is being given quite serious thought in Scotland and Wales in particular, and I will be following developments with interest.

Advances in digital campaigning have also moved into the spotlight during this time and I am proud of the way the Commission and its staff has risen to the challenges that face regulators across a number of different sectors. We have played a leading role in contributing to the debate about how to maintain transparency for voters in the digital era. More remains to be done, and some of the thorniest parts of the debate remain to be tackled but I am confident they will be if regulators, policy makers and those representing voters work together.

This year started with celebrations of the centenary of some women first getting the right to vote. It has been such a pleasure to see so many organisations, schools, local authorities and elected representatives mark this change to the law right throughout the year. There is still more to do to make the democratic process accessible to all and improvements must be made so that any voter with a disability can have their say with confidence, something we covered in a recent report.

I want to finish by paying tribute to electoral staff across the UK who ensure that polls are well run; allowing voters to have confidence in the electoral process when they mark their ballot papers. It requires hard work and dedication from an army of volunteers to run a poll – from polling station clerks to people who count the votes into the early hours of the morning in a council sports hall. One my personal highlights is the warm welcome I have been given by electoral administrators as I have observed polls right across the UK. Things never stand still in the electoral world, but if there’s one thing I’m sure about, it is that the elections staff on the ground have an unwavering commitment to ensuring that voters are able to have their say and exercise their democratic right. For that, they have my thanks, and those of the Commission.

Image | This entry was posted in Uncategorized. Bookmark the permalink.