Girlguiding launch their new programme, including a voting badge

Posted on November 21, 2018 by The Electoral Commission

In the year where we are celebrating 100 years since women were first given the vote, Girlguiding have launched their new programme, including a voting badge for Rangers. 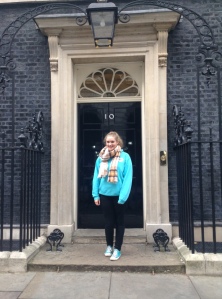 As a history and politics student, I was incredibly excited to see the introduction of the voting badge, and chose it to be the first of the new badges I completed. The first task I needed to complete was creating my own political party. This wasn’t something I had ever thought about before, but I soon realised how many details I needed to consider. From a slogan to the main issues my party would tackle, a catchy name to how I would recruit members, my party, the Young People’s Party soon began to take shape! To complete the next section of the badge, I needed to come up with a way to tackle voter apathy. To do this, I interviewed members of Youth Parliament and created a blog page for young people, explaining the importance of voting. I chose to do something online as I believe social media and online outlets are the way to capture the younger generations. The final, and easiest thing required to complete the badge was to register to vote. Five minutes of my time and a few clicks online and not only was I registered and ready to go and vote, but I had also completed the voting badge!

The badge has helped me to think even more about the importance of voting and getting involved in politics, the complexity of political parties, as well as prompting me to get registered to vote. Although I had a prior interest in politics, I do think this badge would appeal to everyone, and presents politics in a fun and interesting way. It’s great that organisations like Girlguiding are raising awareness and encouraging greater political engagement amongst young people through things such as this voting badge, particularly in such a prominent political year!

This entry was posted in Register to Vote, voters, voting. Bookmark the permalink.