The Commission and the 2017 UK General Election

Posted on April 26, 2017 by The Electoral Commission 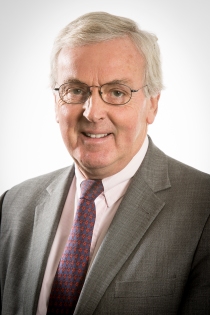 The announcement of the General Election on 8 June came before the dust had settled finally on some aspects of the regulation of the 2015 campaign. That is the nature of democratic politics. In any case, the Electoral Commission had contingency plans in place. We are already playing our part in helping local authorities and others to make sure the electoral process runs smoothly. We will be working to ensure that candidate and party campaigning is conducted according to the rules and regulations set by Parliament under the Representation of the People Act 1983 and most recently in the Political Parties, Elections and Referendums Act of 2000 – the Act which set up the Commission.

We are also responsible for the campaign to drive voter registration ahead of the poll. This will begin on 8 May and lead up to the registration deadline on Monday 22 May. There will be the usual mixture of advertising and work with partners such as Facebook. We aim to reach both a general audience and under-registered groups, such as young people, students and home-movers. The recent run of electoral events has increased levels of registration, but there is no room for complacency. We will continue to encourage all those eligible and not already on the electoral roll to register.

Our electoral system has major strengths. The results of elections are rarely contested. The processes of registering voters, and casting and counting votes, are tried and tested, and carried out with great transparency. There are of course improvements which could be made, in areas like automatic registration and better protection against fraud. The Electoral Commission has made many such recommendations over the years. We will go on doing so where we see a strong case for change. But the system is certainly not broken.

Similarly we have one of the most transparent regimes in the world governing donations to political parties and their spending during election campaigns. In this area too there is scope for improvement, and the Commission has made recommendations accordingly. Some have been adopted, though others remain on the table. We will continue to seek further refinements in the future. In particular the nature of campaigns is changing as the digital age advances. Money is being spent in different ways, and we need to be sure that this is properly reported.

Voters can therefore be sure that we will be monitoring the current campaign closely. We will not hesitate to intervene if we think that the rules and regulations are being broken, or are about to be. We will also be looking afterwards with a careful eye at the spending returns by the parties and others to make sure that the rules were indeed followed. We are issuing updated guidance to the parties before the campaign proper starts on what and how they should report, and will be talking to the main players to reduce the scope for misunderstandings. We hope this will avoid the need for investigations and fines of the kind we saw after the 2015 General Election.

We will be paying particular attention to the breakdown of spending between parties on the national level and candidates in individual constituencies. We will also be alert to the ways in which social media and other digital tools are being used. We do not want to restrict normal campaigning in any way. Campaigning is the life blood of any election. But we are aware that new techniques are always being tried. We need to keep up to make sure that the fairness of the overall process is not undermined.

Another area of focus will be the activities of non-party campaigners. They must register with us if between 9 June last year and polling day on 8 June this year they have or are likely to spend more than £20,000 in England and more than £10,000 in Scotland, Wales and NI. Once more, the aim is not to stop this kind of campaigning, but simply to make sure that it is transparent.

At the Commission we are confident that this election will be well-run and anticipate it will be fairly fought, even if the arguments between the parties become fierce at times. But we are also aware that we can never take this for granted. The price of democracy is eternal vigilance. That is why we need to be alert and active during and after the campaign. Public confidence in our democracy and our electoral system must not be allowed to falter.

This entry was posted in Uncategorized. Bookmark the permalink.